View all posts by hpatrickb 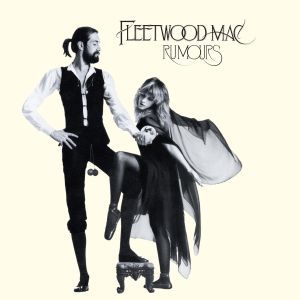 Along with The Rolling Stones, Fleetwood Mac is one of my favorite bands of all time. Their music has a very clean and crisp essence to it that makes listening easy and fully enjoyable. More so than any other band, I catch myself singing along to their music. The album of theirs that I enjoy the most is Rumours, an album that was released 36 years ago, yet still remains just as potent as it was back then.

Rumours has a very intense history behind it. At the time, Fleetwood Mac was composed of Mick Fleetwood, John McVie, Christine McVie, Stevie Nicks, and Lindsey Buckingham. While the band was writing the album,  John McVie and Christine McVie as well as Stevie Nicks and Lindsey Buckingham were going through bitter breakups. This could have been the end of the band as the two strong couples became four fractured parts. However, each member channeled their frustrations into their music, each composing some of the most poignant breakup songs of all time.

The songs on Rumours are all fantastic and I could listen to this album on repeat forever. Each song gets its message across clearly in beautiful, signature Fleetwood Mac style. It is truly perfection.

I am not the only one who enjoys the album. In addition to winning the Grammy for Album of The Year, Rumours has sold 45 million copies, making it the fourth best selling studio album of all time. I know that not everyone my age has delved into an album that is twice as old as they are, but I highly recommend they do. Rumours is beautiful.